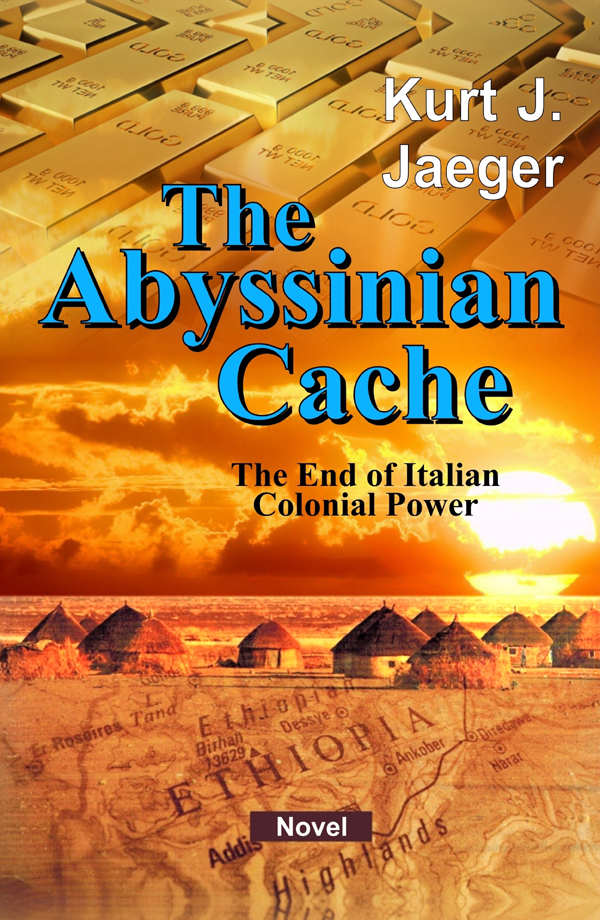 The End of Italian Colonial Power

It's 1941 and the last days of the war in Italian-occupied Ethiopia. A small Italian arms convoy is destroyed in an air attack and its sole survivor, Major Umberto Mancino, stumbles across a load of gold bullions hidden in one of the lorries. He seizes this once-in-a-lifetime windfall and hides the fortune in hopes of cashing in, once the war is over.
Fates collide, and he gets orders for a covert operation: hiding two beautiful Bugatti automobiles brought to the Horn of Africa on Mussolini's instructions. Not allowed to fall into enemy British hands, the clock is ticking, and absolutely no witnesses to the hideout will be tolerated. The task is achieved with the help of Captain Silvio Falone but ends in bloody horror and the two officers in British prison camps.
Some 30 years later, their hidden fortune beckons them back to Ethiopia. The ensuing recovery is daring and full of suspense.
New and revised version.

Review by Dr. Bruce S. Allen, honorary consul in Georgia for the principality of Liechtenstein.

History and biographies are my favorite reads, and here is an historical novel that captivatingly blends both genres.

The author, himself having lived a life of great adventure, especially in Africa, begins this novel with both accurate and frightening descriptions of events that occurred during that little-known time in World War II when the British were evicting the Italians from their wealthy African colony, which today we know as Ethiopia. He continues the novel through several decades, and ends it in a way you might never have imagined.

The story revolves around the hiding of and then decades long search for two of Mussolini’s invaluable Bugatti automobiles, originally slated for use by El Duce during a triumphant procession in Addis Ababa, but forced into hiding in the desert when the British attack the city. Major Umberto Mancino and his assistant, Captain Silvio Falone, are tasked with hiding the priceless cars, but in a strange twist of fate that could only happen in war, they also wind up hiding a huge shipment of gold with the cars. When they are captured by the British, the location of the gold and the cars is almost lost forever.

This novel, beautifully translated from its original German into English, is a highly engrossing look into the trials and vicissitudes of war, as well as into the human condition, forbidden love, honor, greed and unbelievable determination to right wrongs. If you have a taste for historical adventure, then I hope that you will enjoy this novel as much as I did.

No direct website where to order, but it is available on e.g. Amazon.