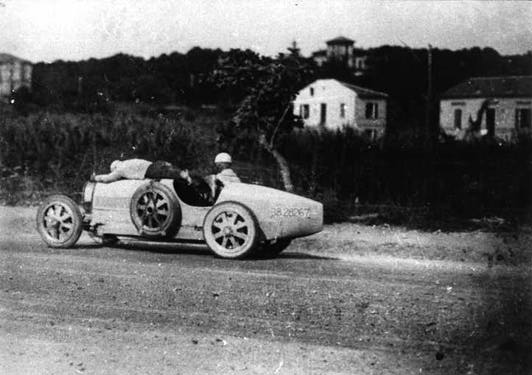 Not so many reactions this time:

"Guess how I'm working the pedals!" -Tony Hubner, Australia
"I told you that these Pur Sang Bugattis are not the same quality!" -S.H. Olmčs
"Ich hab Dir ja gesagt, es hat noch Wasser im Kühler!" - "I told you there was still water in the radiator!" -Hanspeter Forster , Switzerland


I didn't really pick a winner, decide for yourself which one you like best!

On the picture: driver Ajmo Maggi (and unidentified Mechanic!) during the 3rd Coppa Acerbo, Italy, August 7, 1926 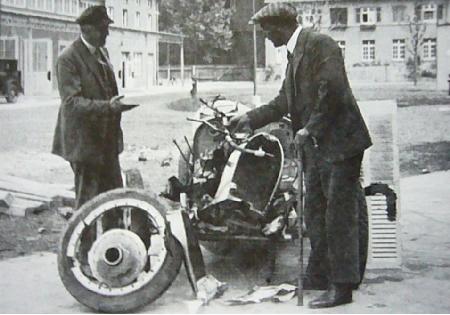 And a new Picture!


Your job is, to send me the best possible caption, the funniest text that could go with the photo. This could also be the most comical remark that the two men say to eachother!

E-mail your caption to: J.J.Horst@BugattiPage.com, the best ones will be published here!